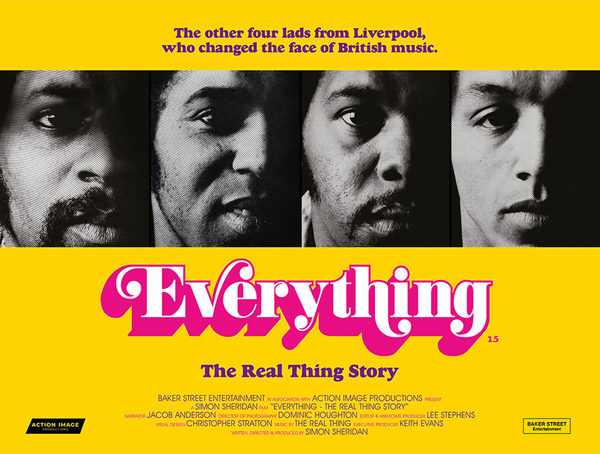 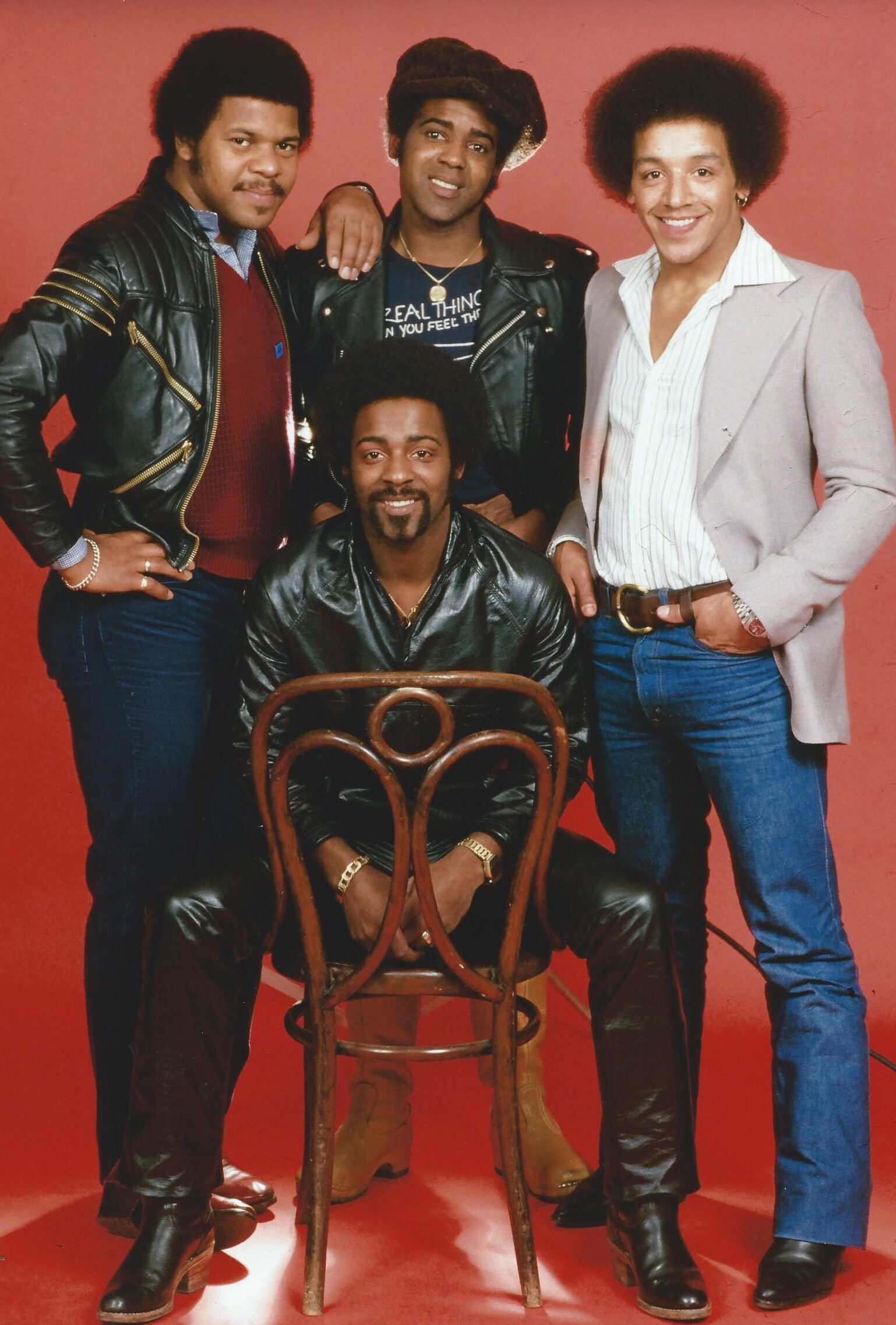 The Real Thing are proud to unveil a new feature-length movie celebrating their long and eventful career in music. Directed and produced by Simon Sheridan, ‘Everything – The Real Thing Story’ premiered at the Regent Street Cinema in London’s West End in October 2019, before going on UK release in January 2020. It is now available for worldwide distribution.

Critics have heaped praise on the documentary since its release:

“Director Simon Sheridan celebrates Liverpool’s oft-neglected The Real Thing in a rich, enveloping docu-study with a keen socio-historical eye. Made with passion and insight” (4 stars out of 5) TOTAL FILM

“Simon Sheridan’s film is an invaluable document of a different era of racial intolerance. A moving and necessary documentary” (4 stars out of 5) THE TIMES

The movie chronicles how the ‘other four lads from Liverpool’ found international stardom in the 1970s as Britain’s first million-selling soul and funk band.  Against a backdrop of social and political turmoil, The Real Thing were the first all-black British group to hit #1 in the pop charts – with the perennial ‘You To Me Are Everything’.

Other hits like ‘Can’t Get By Without You’ and ‘Can You Feel the Force’ set dancefloors alight, but their proudest moment was composing their anthemic ‘Children of the Ghetto’ – the first ever song to address the plight of black people in the UK.

‘Everything – The Real Thing Story’ charts the rise of Liverpool’s musical pioneers, who fought discrimination to become the biggest-selling black group in UK pop history.

This is a tale stranger than any fiction – an untold story of home-grown pop, painted against a backdrop of politics, funk and race, where four proud black boys took on the world, and changed British music forever.

‘Everything – The Real Thing Story’ is distributed by Screenbound International Pictures. They can be contacted: https://www.screenbound.co.uk/contact-us 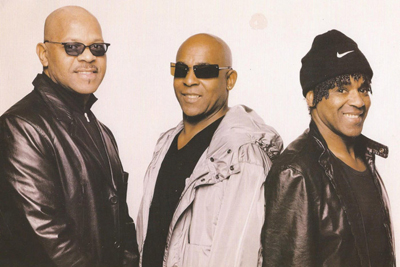 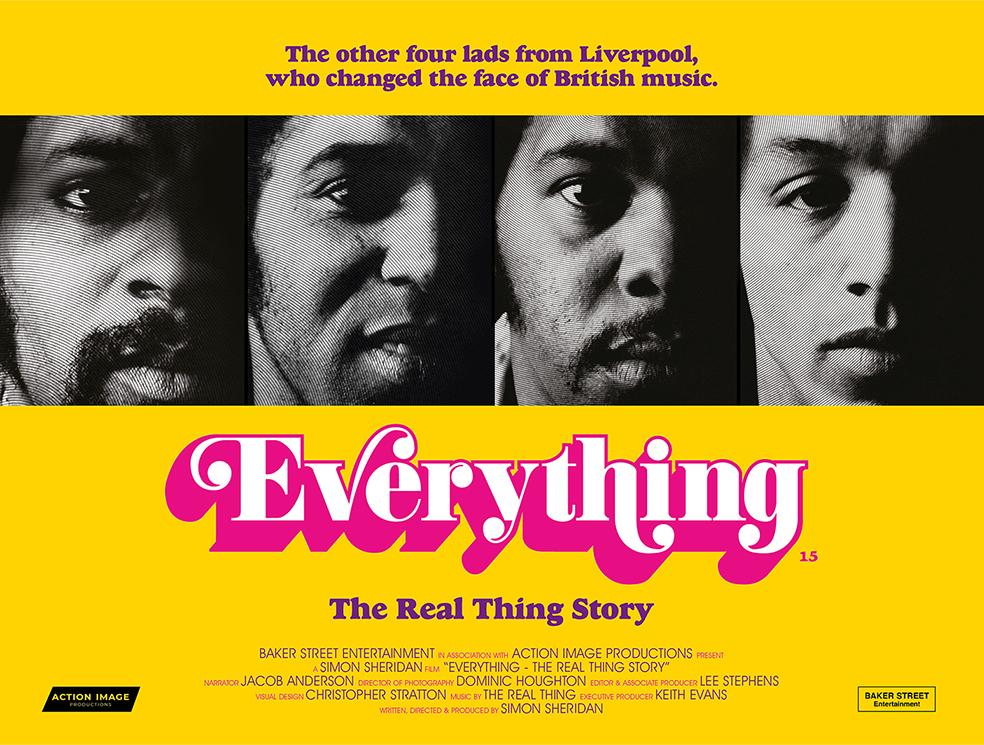 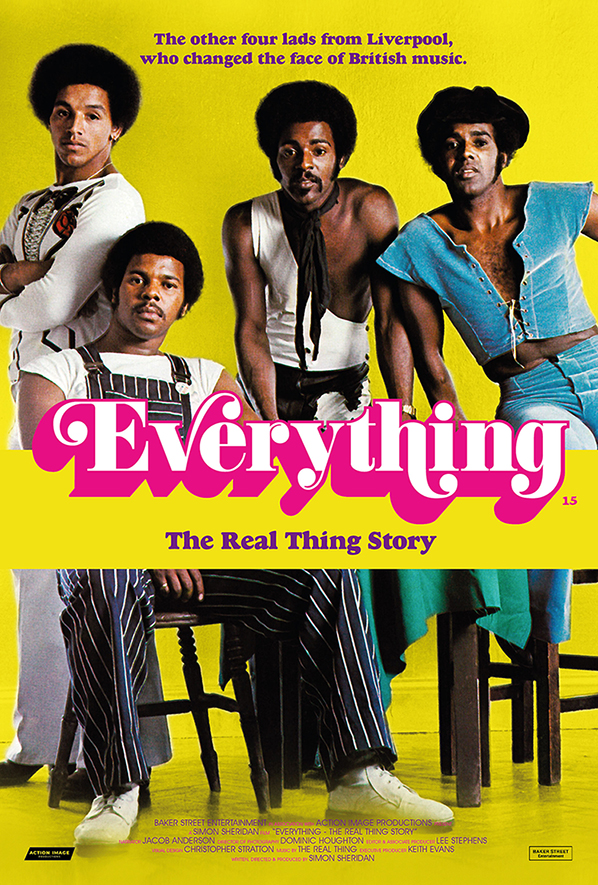